Things are changing and while I am not sure I wanted them to change, they did.

It’s been a while.

One of the things that seem changed is that They haven’t felt as ‘present’ lately…or at least, my sense of Them has been feeling a lot more abstract, perhaps removed.

Y’see, as much as I hate to admit this, I have been beating myself up a little lately, allowing myself to feel anxious, thinking that Their subdued presence was due entirely to my lack of interaction…and while that feels true on one level, it feels equally untrue on another level.

Meanwhile, a post by Jolene Dawe came across my feed recently that definitely featured a message that I needed to hear/read about relationships, change and acceptance.

In any case, Jolene’s words gave me some means to frame what’s been going on (or in some cases, what’s not going on) in my own practice.

Her insight into her feelings/thoughts about her journey helped me process the feelings and thoughts I’ve been having about my own.

Upon reading, it occurred to me that perhaps she was going through something similar to what I’ve been going through in my own practice – and that powder-keg moment surrounded her assertion that she felt like a hypocrite for creating a liturgy.

What is a liturgy? I found myself thinking, as my brain leapt to wondering…

Was she talking about a writing project?

If her liturgy writing project was going in any way similar to the way my latest writing project is going for me, I wondered if she too was debating with herself over the reason that things seemed to be…fizzling out.

Perhaps she too was trying to decipher if the project was dying a natural death or if she was somehow, inadvertently mucking it up.

At any rate, I could definitely relate to that inner debate, mulling over the concepts of hypocrisy, inaction, the evolution of relationships with what’s imminent vs what isn’t…

I especially found myself identifying with her discussion of the desire to be close vs. not feeling so close to Them (i.e the state of feeling connected to the Gods vs. feeling ‘Godless’.)

I liked her metaphor/line of thinking about God-relationships: that if P was an actual person, she could call Him up and They could chat about old times in a way that honors the meaning of what their relationship used to be

…without getting caught up in nostalgia or pining over what used to be because she wants it back.

(Or letting herself get mired in that feeling like she should want things to go back to the way things were.)

I’ll be honest, I was heartened to read when she admitted to feeling (mostly) at peace with the fact that she couldn’t go back

and doesn’t want to anyway.

And that got me to thinking how I began my life as a Pagan: I will admit that I spent a long time feeling like a Godless Pagan, as I do recall that some of my initial attempts at a devotional practice were spurred on by anxiety:

And that acute feeling like The Goal of It All had always been to connect to Them to this nth degree.

But then to experience the level of connection that I’d so long sought?

(Oh there is sheer blissful NRE in having THAT connection…)

But did I ever expect that that intense level of connection could (inevitably!) change?

Honestly, I did not.

Now this is where it got kinda messy in my head because, yes, though I know what I’d always been told…

The only thing constant in this world is change:

But I will admit I wasn’t really prepared to fathom any level of change in my relationship with Them.

So now to experience these moments of what my anxiety wants to define as ‘less’ and ‘lack’ feels like a terrible loss.

Perhaps I need to learn to reframe my perspective.

So perhaps I don’t have the same intense connection with Them that I used to have.

(and yes, I am aware of how part of it is my fault if one wants to assign blame)

but perhaps, the other part of it is

just a rather natural evolution towards something

as I had previously expected.

But is there any need to for me to feel so anxious about it?

Perhaps I should welcome the change as a sign of growth in my relationship with Them.

Perhaps I should welcome this companionable silence 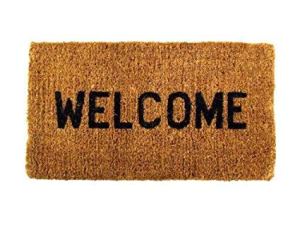