As I was becoming increasingly aware of my unease with my role as a Student, you can be certain that Loki sensed that I was struggling.

It didn’t seem to deter Him from trying to instruct me, however, and His lessons for me increasingly involved transformative rituals.

I began studying runes, at His request, and it was around this time that the rune, Eihwaz first came to me.

I created a prayer to Eihwaz asking for protection, connection and transformation.

My meditations were full of trees – visualizations of an Ancient Tree with gnarled branches that twisted toward the sky – and the points of the Eihwaz rune were sunk deep in its bark, facing out in all directions: 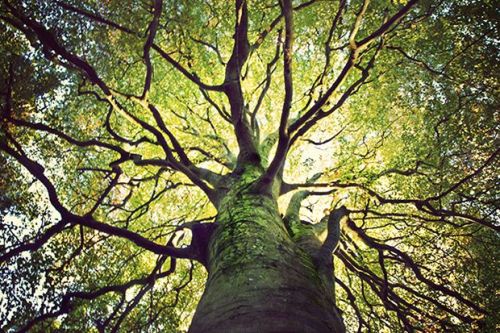 I learned that this strange Tree

with its dark, almost sentient presence

was the Axis of All That Is

and that Eihwaz served as an anchor to my understanding of it.

And there, in dreamspace, I would meet Loki.